HOUSTON--(BUSINESS WIRE)--Massif Oil & Gas II, LLC (“Massif II”) is pleased to announce it has partnered with NGP to form Massif II. Massif II will leverage its proprietary relationships and operational expertise to acquire and develop top-tier oil-weighted assets in the Powder River Basin.

Barrett Frizzell, CEO, commented, “Following our success in the Powder River Basin, we are excited to partner with NGP to build a company focused on creating significant value for its partners. The Massif II team believes our acquisition and development expertise, along with strong equity backing, will enable us to create value in today’s dynamic environment. The financial commitment and investment experience of NGP will enable us to pursue, develop and optimize proven oil and gas assets with a returns-driven focus.”

“NGP is excited and grateful to partner with Massif II, and our equity commitment reflects the confidence we have in their business plan,” said Patrick McWilliams, Partner at NGP. “We are thrilled to work with such an energetic, disciplined and skilled company and welcome them to the NGP family. With the management team’s strong historical track record in the Powder River Basin, technical skillset and industry relationships, we believe the company is well positioned to capitalize on the current market environment.”

Founded in 1988, NGP is a premier private equity firm in the natural resources industry with approximately $20 billion of cumulative equity commitments organized to make strategic investments in the energy and natural resources sectors. For more information about NGP, please visit www.ngpenergycapital.com. 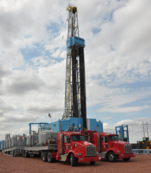 Massif Oil & Gas /MCL 1 Oil and Gas Wyoming completed its second horizontal Turner well, Castle 2-41 TH, in February 2017.  The well had a similar completion to the Chimney Cone 34-34 TH and produced a peak IP30 of 1,034 BOEPD (86% liquids) out of a 4,171’ horizontal lateral.  In March 2017, Massif kicked off a five-well spring drilling campaign to further delineate the Turner and test the Parkman in the Northeast Extension of both plays.  The first well of that campaign (Chimney Cone 22-41 TH) set a new company record of 11 days from spud to rig-release.  This drilling record is approximately 25% faster than the two horizontals drilled in 2016. 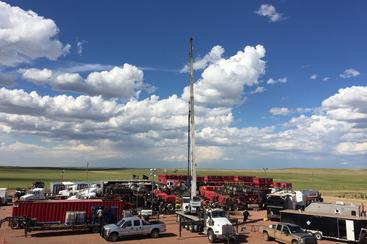 Effective May 31, 2020, Massif Oil & Gas II, LLC assets, and all associated NGP-backed subsidiaries (including Massif Operating LLC) have been merged into Rebellion Energy II.  The Massif team wishes both Rebellion Energy II and NGP continued success in the Powder River Basin with the inclusion of these assets.

With a successful track record of creating value for stakeholders via operational excellence, the Bozeman, Montana based Massif team is excited to pursue its next venture (Massif III) with a continued Rockies focus.

Massif Oil & Gas /MCL 1 Oil and Gas Wyoming set a Powder River Basin operational record while drilling its Castle 3-31 PH Parkman Horizontal.  The Castle 3-31PH was the first single-trip Parkman monobore in the basin with a spud-to-rig-release of 6.4 days.

Massif Oil & Gas announces the formation of a joint venture with a private global institutional alternative investment firm.  The strategic focus of the venture is to acquire and exploit low-risk, proven, operated, oil and natural gas assets with economic drilling opportunities.  Massif’s founders have over 60 years of combined oil and gas experience and a track record of success across the E&P life cycle.  The cornerstone asset of the joint venture is the Hilight Field in the Powder River Basin (“PBR”).  In the  PBR Massif operates under the name of MCL 1 Oil & Gas Wyoming.  At acquisition, the Hilight field produced approximately 1,650 net BOEPD and consists of approximately 48,000 net acres that is 100% held by production.  Horizontal drilling opportunities have been identified in nine stacked reservoirs across the acreage block.